GMA is Coming to FAMU Homecoming

FAMU President Larry Robinson. Ph.D., made the announcement this week at the University’s Board of Trustees meeting. He said GMA coming to town just adds to the homecoming experience.  “We have a wonderful tradition of Homecoming here with Rattlers coming from all over.  To allow the rest of the world to see some of the festivities, experience the rich culture, and hear about the accomplishments of our graduates and students at FAMU, it doesn’t get any better than that.”

Coordinating Producer Danielle Librizzo led the advance team and said, “The campus is absolutely gorgeous and I have a very good feeling that GMA will have a wonderful experience for our segment here.” 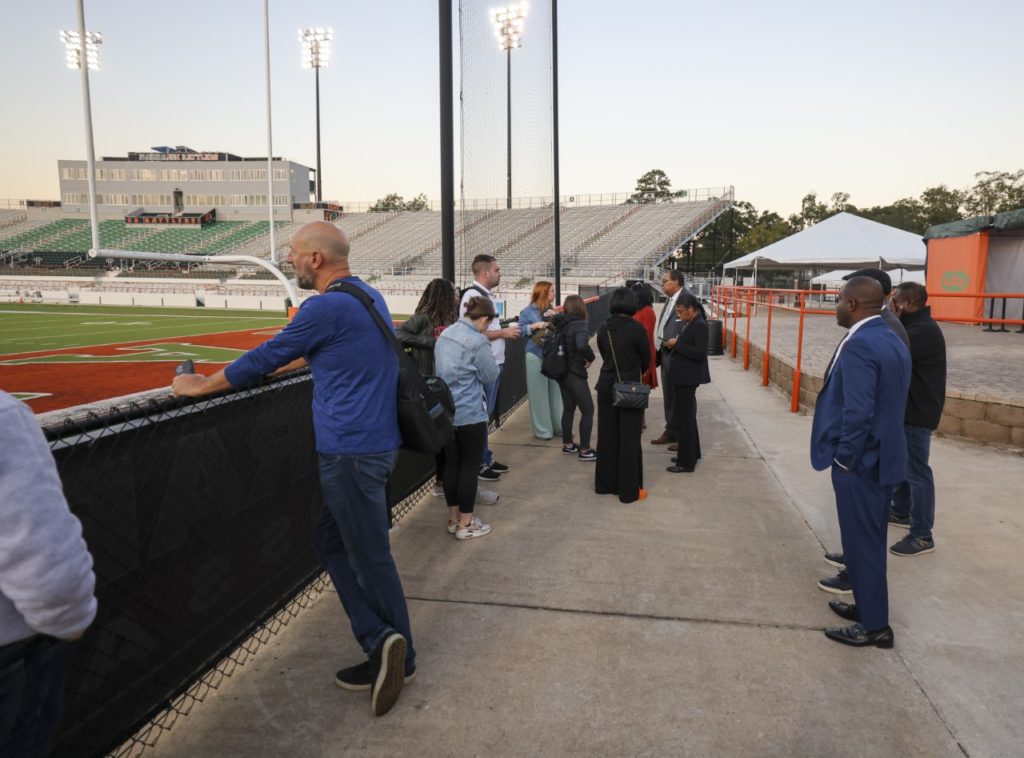 The seven-member team traveled to Tallahassee for a site visit, meeting with key FAMU personnel, and scouted locations on campus for the broadcast, including the Will Packer Amphitheater, the Marching “100” practice field known as “The Patch,” the newly renovated Bragg Memorial Stadium and the North End Zone Club. Librizzo added, “I am expecting a large crowd rallying and coming together. It’s going to be amazing and we’re going to have a really great time celebrating Homecoming.”

The Homecoming Parade will feature more than 60 groups and bands. The Homecoming game against University of Arkansas Pine Bluff kicks off at 4 p.m. on October 29.

Robinson said, “We’re calling it “The Experience,” because it’s hard to describe. You have to come and experience it for yourself. For those who can’t make it, GMA will share with you some of the nuggets that happen during Homecoming Week.”