The award was part of $9.7 million in grants to assist 21 preservation projects in nine states for historic structures on campuses of Historically Black Colleges and Universities (HBCUs), the NPS recently announced. FAMU was one of two Florida HBCUs to be awarded grants.

School of Architecture and Engineering Technology Interim Dean Andrew Chin will serve as the principal investigator for the grant and is working closely with Library and Facilities staff on the project.

The Coleman rehabilitation will have two major components: restoration of the existing wood windows and rebuilding of deteriorated portions of the windows to match the historical aesthetic; and removal, repair, and replacement of the existing roof, President Larry Robinson, Ph.D., wrote in a letter to the NPS. 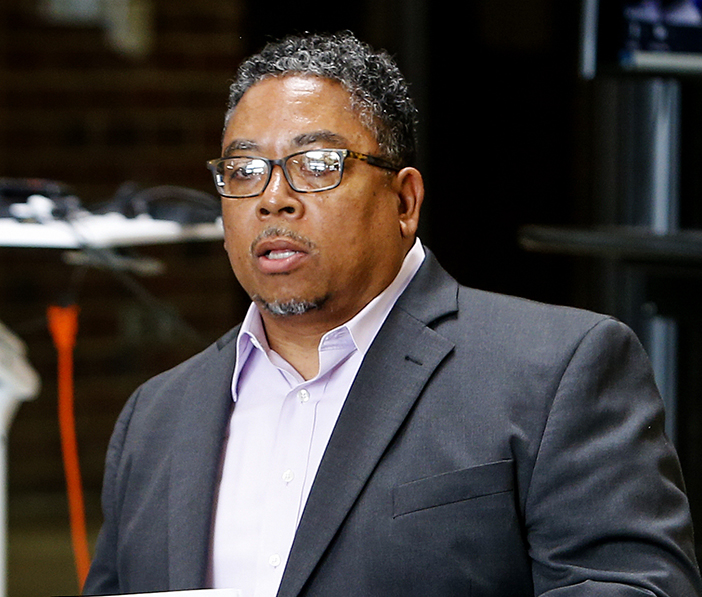 The grant is the third preservation award the University received over the past year.This spring, the University secured $500,000 in preservation funding from the state of Florida to renovate Sunshine Manor, the former presidents’ residence, to increase exhibition and museum space for the Meek-Eaton Black Archives.  The University also secured $100,000 from the National Trust for Historic Preservation to update the campus preservation plan, which includes a historic preservation component, Chin said.

Built in 1948, the Coleman Library is a two-story, red brick Georgian Revival structure with a raised basement and a gable roof. The primary goal of the proposed project is to repair and rehabilitate the building designed by architect Rudolph Weaver. The library sits across from Lee Hall on the main quadrangle and defines the center of FAMU’s main campus. In 1996, the National Register of historic places included Coleman Library as one of the 14 contributing buildings designated in the FAMU Historic District.

The project’s main task is analyzing the existing structure, identifying critical exterior and interior stabilization needs, restoring the property to its original condition, and providing safety enhancements to the grounds, according to the grant application.

The project will start with analyzing Coleman Library by a historic preservation architect. The consultant’s work will result in a Historic Structures Report (HSR) and an update to the National Register.

A local preservation architect’s January 2022 assessment identified multiple work items for the preservation of Coleman Library. The first is repairing the existing roof, windows, and doors. In addition, the roof system and gutter system need to be carefully removed and replaced. The improvements will mitigate the structural damage caused by water intrusion through the roof structure. According to the grant proposal, the existing wood windows, screens, doors, and their hinges need to be repaired and appropriately repainted.

Since the 1990s, the NPS has awarded more than $87 million in grants to over 85 of the remaining active HBCUs. Congress appropriates funding for the program through the Historic Preservation Fund (HPF). The HPF uses revenue from federal oil and gas leases on the Outer Continental Shelf to help with a broad range of preservation projects without expending tax dollars.

“For more than 180 years, Historically Black Colleges and Universities have provided high-level academics, opportunities, and community for generations of students. These grants enable HBCUs to preserve the structures that honor the past and tell the ongoing story of these historic institutions,” said NPS Director Chuck Sams in announcing the grants.

Accredited HBCUs are eligible to apply for this grant program, and eligible projects include physical preservation of sites listed in or eligible for the National Register of Historic Places.  HBCU grants can also fund pre-preservation studies, architectural plans and specifications, historic structure reports, campus preservation plans, and National Register nominations.  All projects must follow the Secretary of the Interior’s Standards and Guidelines for Archeology and Historic Preservation.