The Florida A&M University Athletic Department with support from the Office of the President has submitted a bid to the NCAA to host a Football Championship Series (FCS) first-round playoff game on Saturday, November 26.

The bid is contingent on the Rattlers defeating the Bethune-Cookman University Wildcats at the Florida Blue Florida Classic in Orlando on Saturday, November 19.  The football team is 8-2 for the season. The NCAA playoff announcement is scheduled for Sunday, November 20.

If the bid is successful, it would be the first time Bragg Memorial Stadium hosts an FCS playoff game since Coach Billy Joe’s team hosted and beat Troy State 27-17 in 1998.

“Hosting a college football playoff game would be a fitting complement to an already impressive season and a just reward for our student athletes and coaches who have exhibited the true Rattler spirit. Our fans would really embrace this opportunity at Bragg Memorial Stadium for the first time in more than two decades,” said FAMU President Larry Robinson, Ph.D.

“It continues our efforts to foster a winning environment. FAMU has always been about excellence,” Smith said. “The football team has demonstrated a high level of resilience this season. Their success positions us to make the playoffs. But first, we have to take care of business at the Classic.”

FAMU boasts a 15-game home winning streak, the second longest in FCS in the nation. Head Football Coach Willie Simmons would love to extend that streak before the season ends. 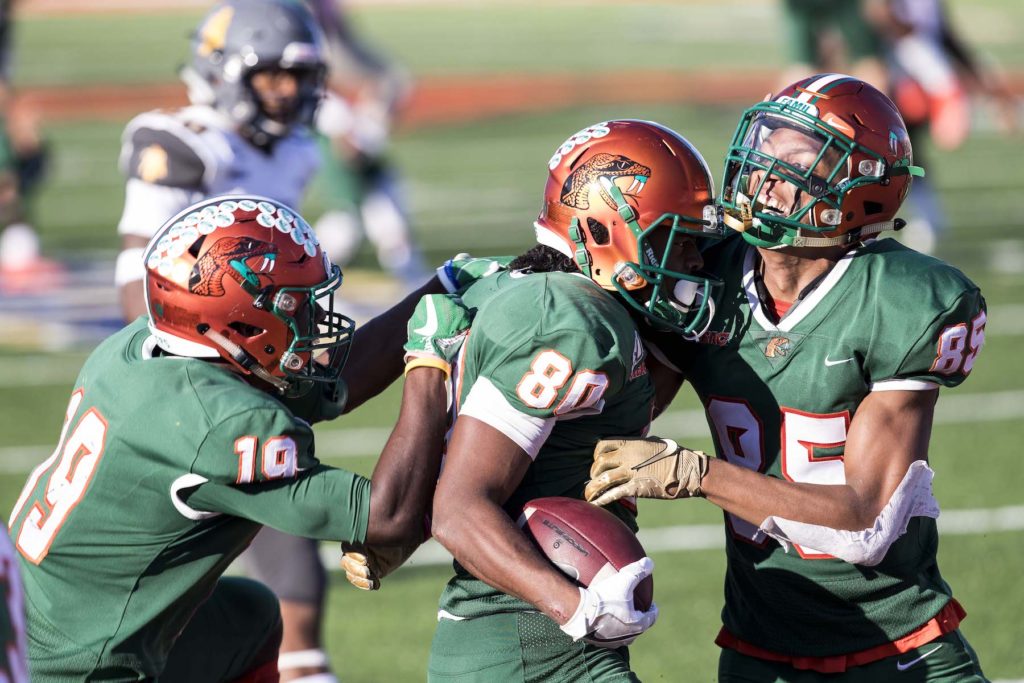 “We are very excited about the opportunity to potentially host a first-round playoff game here at Bragg Memorial Stadium,” Simmons said. “I would like to thank our University leadership team for their commitment to seeing this bidding process all the way through. I would also like to thank the city of Tallahassee for getting behind this initiative.”