To view the ceremony visit https://www.youtube.com/watch?v=a9pH8B0JOEw

The students represented a slightly larger freshmen class of more than 1,500 students this fall. 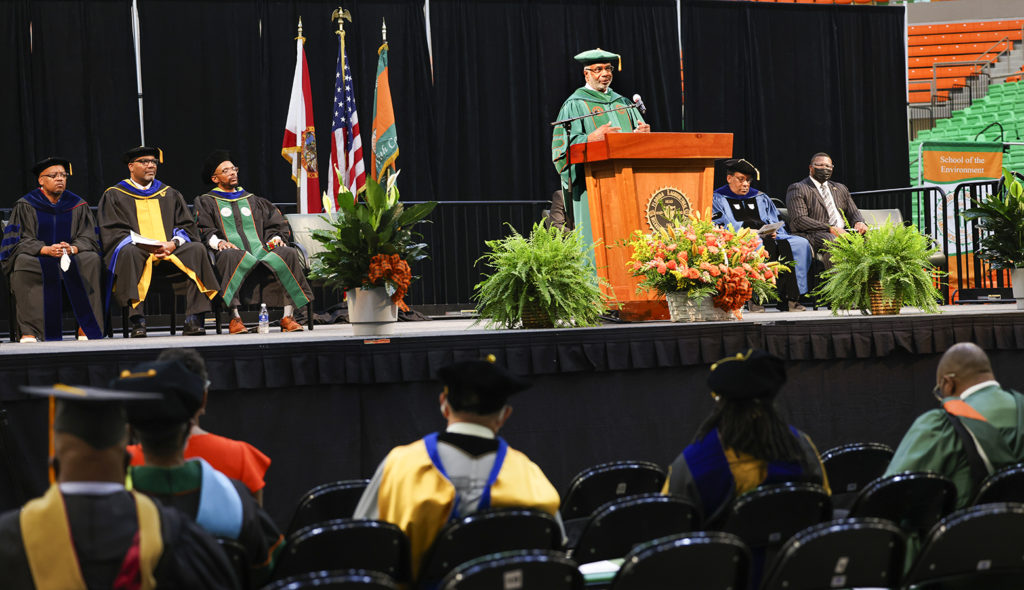 President Robinson addresses the Class of 2026 at the Freshman Transition Ceremony on Sunday, August 21, 2022.

President Robinson urged the students to take advantage of the rich culture at FAMU while they take care of business to graduate in four years.

“Study hard, play hard, pray harder; have a good time, but enjoy some time in the library or those special places where you are going to study,” Robinson told the students who received their FAMU pins at the end of the ceremony. “I expect to see you and your families here in four years or less. I want to be here to shake your hand. Challenges will get in the way, but we will deal with those as well.”

Those words of encouragement were a prelude to the keynote speech from alumnus Derrick Standifer, Ph.D., who spoke about returning to FAMU to earn his doctorate in July 2022 after flunking out as an undergraduate.

Standifer, the author of the book “Life is Like A Rubrik’s Cube,” used lessons from his method of solving the cube to motivate the first-time-in-college students to high accomplishment. Standifer said, solving the puzzle parallels the twists and turns of life. 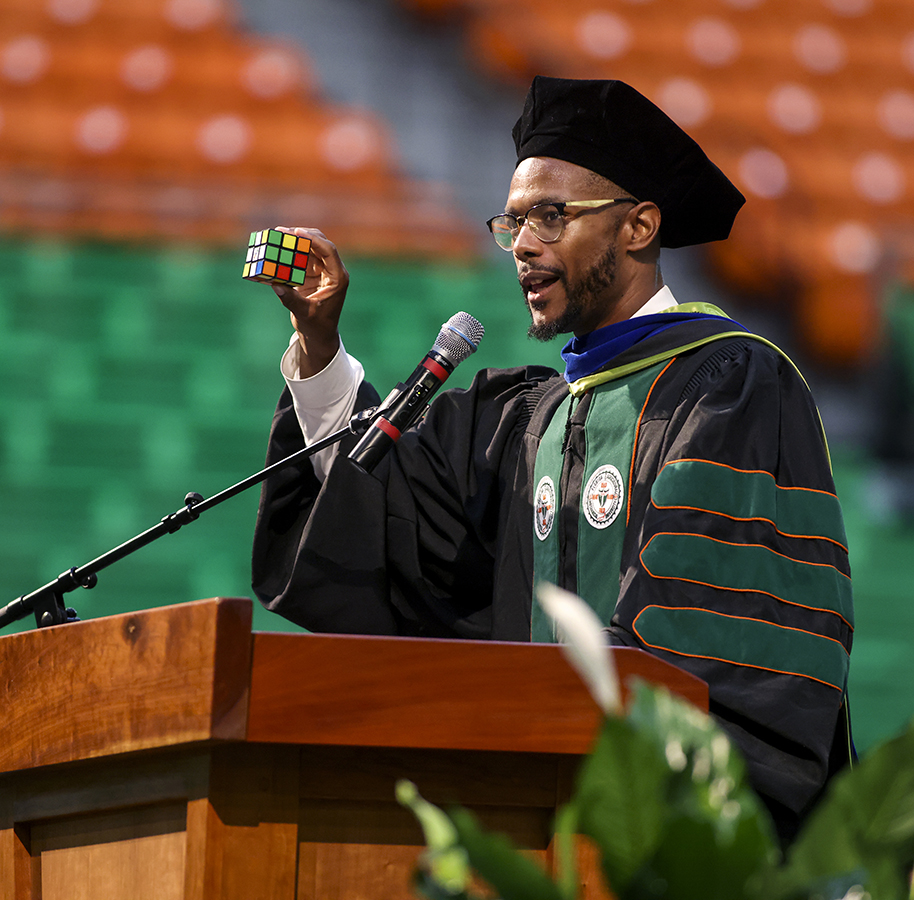 It begins with believing in yourself, the Atlanta native told the audience.

“Identify your reason. What inspires you to be the best version of yourself,” said Standifer, who cited his two young children and his late mother as his greatest motivation.  He then cautioned students to “fill in your corners” by surrounding themselves with the right people.

“Surround yourself with people who will push you and motivate you to be the best version of yourself,” Standifer said. “If you want to be successful, find successful people to be in your life. The only people in my circle are smarter than me. Immerse yourself in a positive environment.”

A key to his success is his perspective. Standifer said he no longer refers to his alarm clock by that name. “I refer to my alarm clock as my opportunity clock,” he said. “Every day I hear my alarm is an opportunity to get up and change the world.”

Standifer next reminded his young listeners of the need for constant improvement.

“Solve for your life. Take it to the next left. Keep getting better. Keep growing,” he said. “I no longer refer to myself as a human being. I call myself a human becoming. Become a better version of yourself.”

Finally, he warned his audience to keep their commitments – make sure they graduate.

“When you set a goal for yourself, make it a mission to see it through,” said Standifer, who recalled his torturous academic journey. He came to FAMU in 2009 and flunked out in 2011. Later, he went to Georgia State University, where he earned poor grades. “I was so embarrassed. I was mentoring people who graduated from college before me,” he said.

In 2013, he returned to FAMU to take care of unfinished business.

“I came back focused, with a new mindset,” Standifer said. “I earned a bachelor’s, then two years later, I earned a master’s degree. Then, by the grace of God, and a whole lot of prayers, three weeks ago, I just graduated with my Ph.D.”