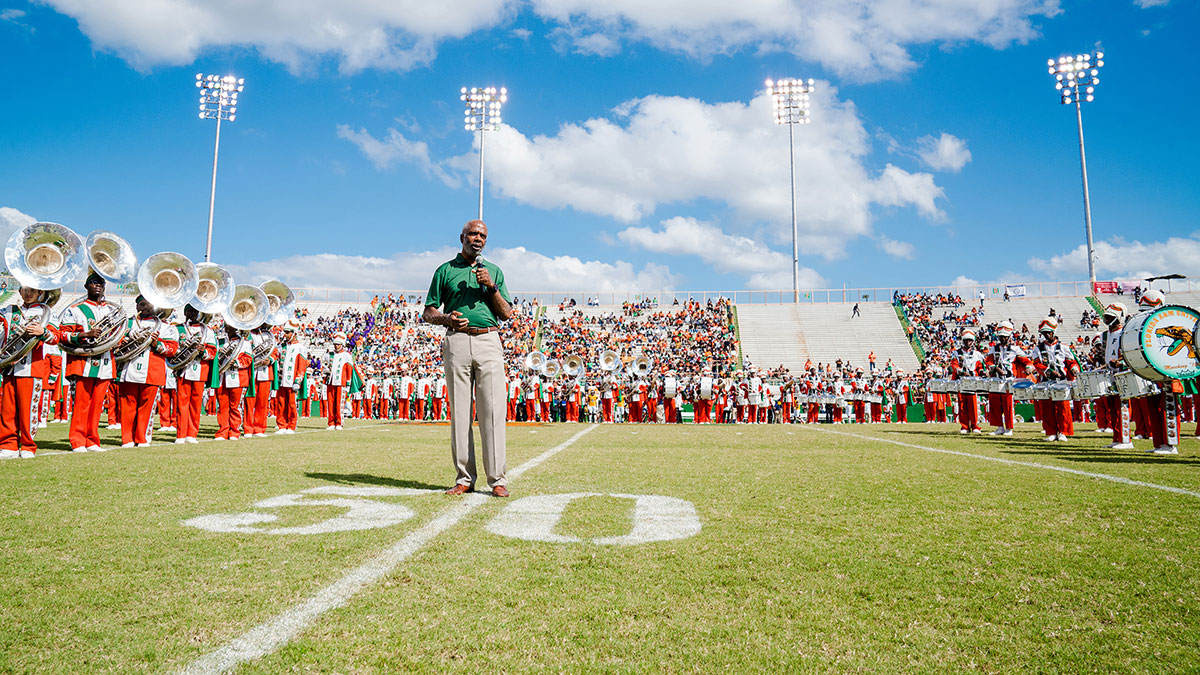 Dr. Larry Robinson
Larry Robinson, Ph.D., is Florida A&M University's (FAMU's) 12th president and a distinguished professor and researcher in the School of the Environment at FAMU. Previously, he served as the interim president of FAMU from September 2016 to November 2017, from July 2012 to March 2014 and in 2007.

Dr. Robinson's recent honors include an appointment in July 2018 to serve on the national STEM Education Advisory Panel. Congress authorized the creation of the panel to encourage U.S. scientific and technological innovations in education.

Dr. Robinson is actively engaged in research with students and faculty as the director and principal investigator of the Center for Coastal and Marine Ecosystems. The Center was established in September 2016 with a $15.4 million award from the National Oceanic and Atmospheric Administration (NOAA) Educational Partnership Program. FAMU is leading the partnership and collaborating with five universities to make a major impact on coastal and marine ecosystems education, science and policy.

In 2007-2009, Dr. Robinson served as senior scientific advisor at the U.S. Department of Agriculture's Cooperative State Research, Education, and Extension Service.  In May 2010,  he took a leave of absence from FAMU to serve in a U.S. Senate-confirmed position as assistant secretary of Commerce for Conservation and Management at NOAA. While there, he supported and managed NOAA's coastal and marine programs, including marine sanctuaries for preserving areas of special national significance, fisheries management, and preparation of nautical charts. He also supported NOAA's participation in addressing the BP oil spill crisis, and served on the Ocean Policy Task Force and Gulf Coast Restoration Task Force.

In November 2011, Dr. Robinson was asked to return to the University as a special assistant to the president and professor to coordinate administrative and eminent scholar searches and integrate Graduate Studies and Title III Programs within the Division of Sponsored Research. He was later asked to chair the University's Crisis Management Team, which addressed a number of issues, including anti-hazing efforts. He was selected again as provost and vice president for Academic Affairs in March 2012.

Dr. Robinson began his career at FAMU in January 1995 as a visiting professor in the Environmental Sciences Institute and later became director of the Institute in January 1997.